The salmon farm is an inland fish farm rearing salmon in the cold and pristine fresh water sourced from the Montana Falls.

There are twenty fresh-water ponds which at any one time house around 10,000 Tasmanian Atlantic Salmon in various stages of grow-out.  The smallest are 10 cm in length and the salmon are generally harvested at a length of about 45 cm.  The technical variety of the salmon farmed are salmo salar .

All salmon that are grown in Tasmania are born in fresh water in a hatchery and then usually farmed in the ocean. The salmon at 41 degrees south are unique in that the fish live in fresh water through their life.

Another unique aspect to the salmon farm is that, the water that feeds the fish farm and carries organic waste products from the growing fish, is reticulated from the ponds and through various levels and stages of native wetlands. The wetlands act as a 100% natural filter removing all the organic waste, feeding the native flora and returning pristine water back into the Western Creek Rivulet, the very creek that creates the Montana Falls and is the source of farm’s water.

41° South Tasmania is arguably the most environmentally friendly inland salmon farm in Australia.

History of the Farm

The farm is on Montana Road about 15 minutes west of Deloraine, Northern Tasmania. It is surrounded by dense native Tasmanian bushland just 500 m from the Montana Falls.  Native wetland along the Western Creek Rivulet runs the length of its northern boundary.

Today the site is a beautiful example of a native Tasmanian wetland with hundreds of species of native flora and fauna that includes many species of birds as well as being home to the platypus, a testament to the pristine state of the water.

The wetlands and site was not always like this however. When the property was purchased the wetlands were infested with introduced English flora species of willows and gorse that were drawing large volumes of water from the wetlands and the roots were chocking the flow of the Creek.

The two earth based ponds were not efficient however, so in 2003, a risk was taken and a much larger scale recirculation system was developed that included:

The majority of the project was completed with manual labour and extraordinarily the whole project was finished in one year.

In September 2005 the Meander Valley region especially Deloraine experienced a major flood and 41° South was hit hard. The farm just opened for the public and everything was freshly established. The water level rose by 1.6m overnight and this caused the intake pipes to block, which stopped the water flow into the farm. The next morning 10 000 fish that were nearly ready for harvesting were dead.

The newly created native wetland had not established itself and the plants, trees and walks were washed away. One of the dam walls also broke and washed the soil away. The entry to the wetland boardwalk was also substantially damaged and needed rebuilding.

The farm closed for 3 days and everything was rebuilt, replanted and remade with minor modifications made where necessary.

Now the wetland reeds, bushes and trees are truly established. The grasses and reeds do their job and the water going out of the system is cleaner than what is coming in. The farm is now in a stable environmental position and newly introduced trees and shrubs are continuing to grow and create a wonderful environment. Please visit and check it out for yourself. 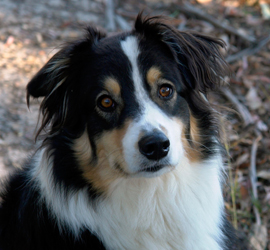 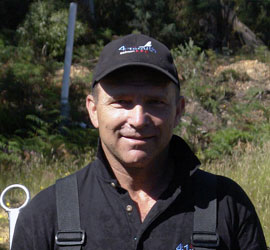